YASA was founded to commercialise an innovative new approach to the design of electric motors. The electrification industry has historically depended on radial motors – a legacy technology first developed more than fifty years ago. YASA power density (kW/kg) has improved year-on-year at a rate of 15% per year, and continues to rapidly improve as the technology has multiple avenues for optimisation.

Advances in radial electric motor technology are more difficult, since the technology is relatively mature and benefits are incremental leaving OEM’s to find marginal improvements in tertiary aspects of vehicle design such as HVAC or waiting passively for advances in battery technology.

In contrast, YASA’s axial-flux design has efficiency at its core, offering OEMs efficiencies greater than 96% and an innovation roadmap to even greater efficiencies.

“I was five weeks into my PhD at Oxford University, when I suddenly realised there was a much better way to build an electric machine called a torus axial-flux motor. The insight I had was that by removing the motor’s stator yoke, and splitting it into segments, we could reduce the motor’s weight – and yet at the same time improve its torque, power density, efficiency and manufacturability, making it potentially transformative within the then nascent electrification industry.” 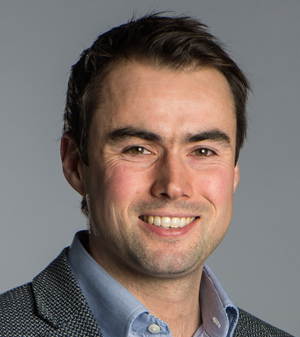 The core advantage of an axial-flux motor is that the spinning rotor has a larger diameter, because it turns alongside the stator, rather than inside it. Torque equates to force multiplied by radius. With an axial-flux design there’s a larger radius than in a conventional radial motor, you get more torque for the same force. This means for the same permanent magnet and copper winding provision, you get more torque. This aspect of axial-flux motor design typically delivers a 30% torque density advantage over a conventional radial motor.

However, the YASA motor topology also removes the stator yoke, which reduces the stator iron mass by up to 80%. This innovation provides more than 30% power density advantage  and a 5% range benefit over the radial electric motors on which most of today’s first generation mass-market EV’s depend.

Uniquely, our axial-flux electric motors feature a proprietary ‘Yokeless And Segmented Armature’ (which, incidentally, is where we get the name YASA). YASA’s armature windings consist of separate segments ideally suited to mass manufacture with minimal application engineering.

In addition, our direct oil cooling solution helps YASA motors achieve higher continuous power. A 200kW peak-power radial motor, run continuously, might typically give 50% of peak power between 80 and 100kW, as a result of thermal limitations. In contrast, a 200kW YASA motor runs continuously at 150kW thanks to the improved high-thermal-contact cooling oil offers. Consumers are demanding more performance from their Electric Vehicles (EVs). OEMs with EVs that offer a higher continuous rating, particularly in the premium vehicle segments and in highway drive cycles, have a significant market advantage.

These innovations – and many others – enable YASA’s electric motors and controllers to provide the greatest efficiencies and highest power and torque density in their class, for the smallest size and weight. YASA has a portfolio of patents covering the key subsystems (rotors and stator) of our unique axial-flux motor and controller design and their manufacture.

The YASA topology is ideally suited to series production, providing a smaller, lighter motor in volume than any conventional radial motors in its class.

A centre of manufacturing excellence

Our production teams work intensively with our partners from custom designs and series production manufacture, bringing their world-leading engineering expertise and commitment to excellence and customer success to every project.

To read an interview with YASA’s founder and CTO, click here

Find out more about YASA